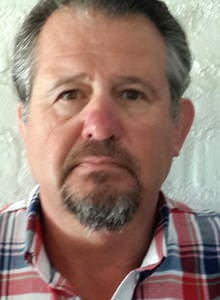 Marius is the Managing Director of the HM Group Cape Town.

He was born in Bellville and attended the University of Stellenbosch, studying BSc Agriculture.

Whilst working full-time, he studied part-time at the Cape Peninsula University of Technology, where he did his National Diploma in Plastic Technology. This was the start of his love for composites. In 1990 he started working at Harwill Investments, where he began a company called Pregtech which specialised in the manufacturing of impregnated and composite materials.

Marius is an entrepreneur at heart and in 1994 he and Harry Traub (1936-2017) started their first company together. Marius has an in-depth understanding of the manufacturing business, and together with his valuable business acumen, combined with a strong team, transforms new ideas into successful business ventures. He specialises in material development, composites and turn-key business establishment. Through investing and development in both his products and people, he has grown the business into a multifaceted organisation called the HM Group Cape Town.

Marius was the founder of the Triangle Industrial Park City Improvement District, who works towards a cleaner and safer working environment in the Stikland area.

Marius’ other passions in life are golf and travelling around the world. He has been married to his lifelong partner Petro and they have 3 grown up children and 2 grandchildren.