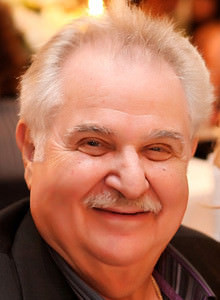 Harry Traub was born in Johannesburg and attended the University of the Witwatersrand where he graduated in Mechanical and also Light Current Electrical Engineering.

He studied Project Management at the Witwatersrand Technical College and did Economics at the London School of Economics. After graduating he married Abeline and they went to the UK for Harry to do his Post Graduate training. Following the training with GEC (The General Electric Company) he returned to university in London and studied economics at LSE.

A successful career as a Management Consultant led to positions in the industry where he developed further management techniques and honed his entrepreneurial skills. His armoury included Business Strategy, Manufacturing, Business Development and Strategic Planning, Negotiation, Operations Management and New Product Initiation and Development.

In 1980 Harry started Drytech - a company dedicated to developing effective new techniques in industrial drying systems. At that time he was Executive Chairman of the Group which then grew into a world class respected entity.

In 1994, after working with Marius Claassen to bring a revolutionary new process to fruition at an Armscor subsidiary, the two entrepreneurs formed a business partnership to exploit the process technology they had dreamed up and perfected. This cemented a lifelong friendship and partnership which was the foundation of the HM Group Cape Town. A shining example of inspiration and determination creating a world leading player in a highly competitive industry.

Harry's passion in life was exploring our planet and he proudly visited all seven continents with Antarctica being his favourite.